skip to main | skip to sidebar

On This Day in History

I had a wonderful time visiting John in Huntsville over the Christmas break. I got to see where he works at the arsenal, we talked wedding plans, did the first session of our pre-marital counseling, ate yummy food, saw the Blind Side, and celebrated Christmas! It was so fun opening presents with John David and Hudson! They were so excited!!
John got me a North Face jacket. I got him some Under Armour sneakers and some Nike Alabama gear 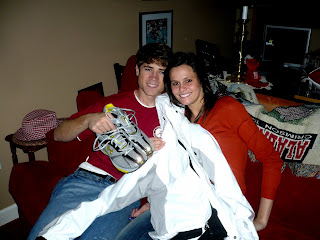 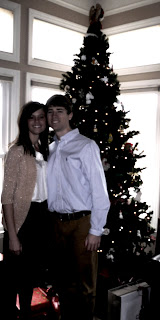 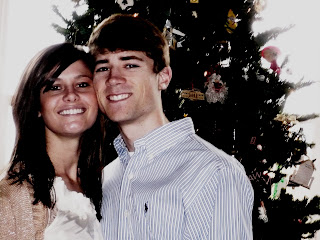 Now I am back in Charlotte to celebrate Christmas with my family and then head to Florida to visit my grandma & grandpa!
Merry Christmas!!
Posted by JohnandMelanie at 11:08 PM No comments:
Labels: Christmas

I think it is so fun to go back and remember all of the places you have been in the past year...so without further ado, here are our states of 2009:

JohnandMelanie
We are a newly married couple excited about what the Lord has for us!